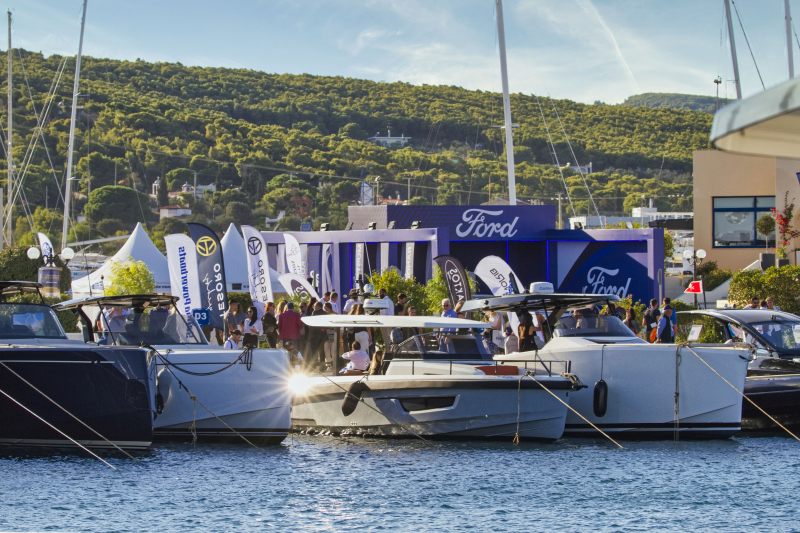 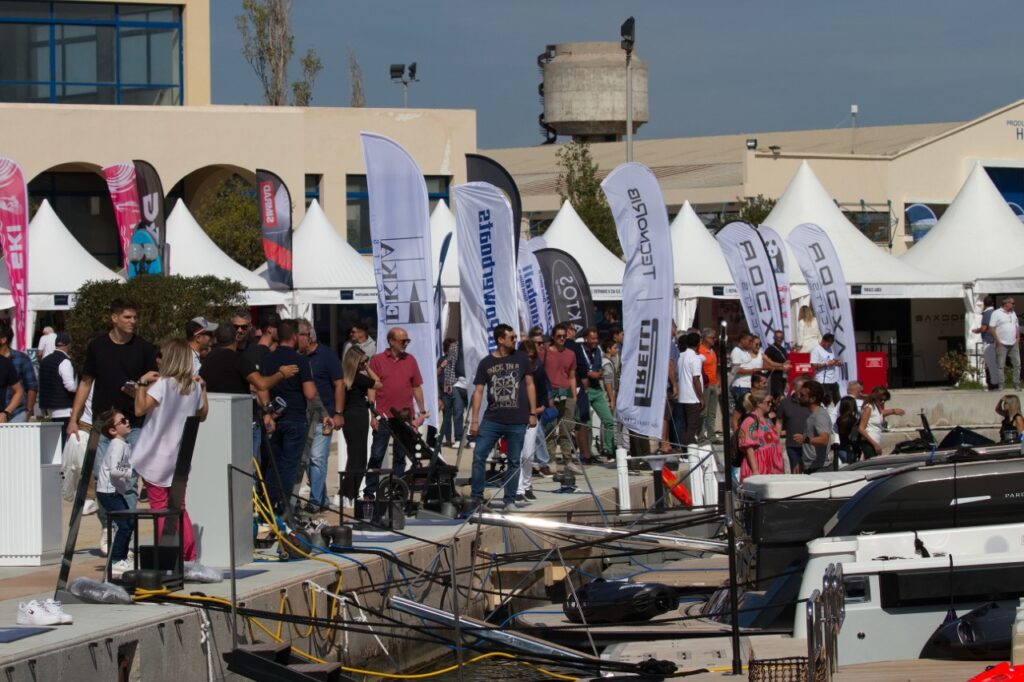 The premium in-water Show that came to an end on Monday 10th at Olympic Marine in Lavrio set a new record with regard to the number of visitors while, compared to last year, the number of exhibitors and yachts was also greater. The upward trend shows that there’s a great interest in quality marine tourism in Greece and proves that our country can boast top professionals in the yachting industry. 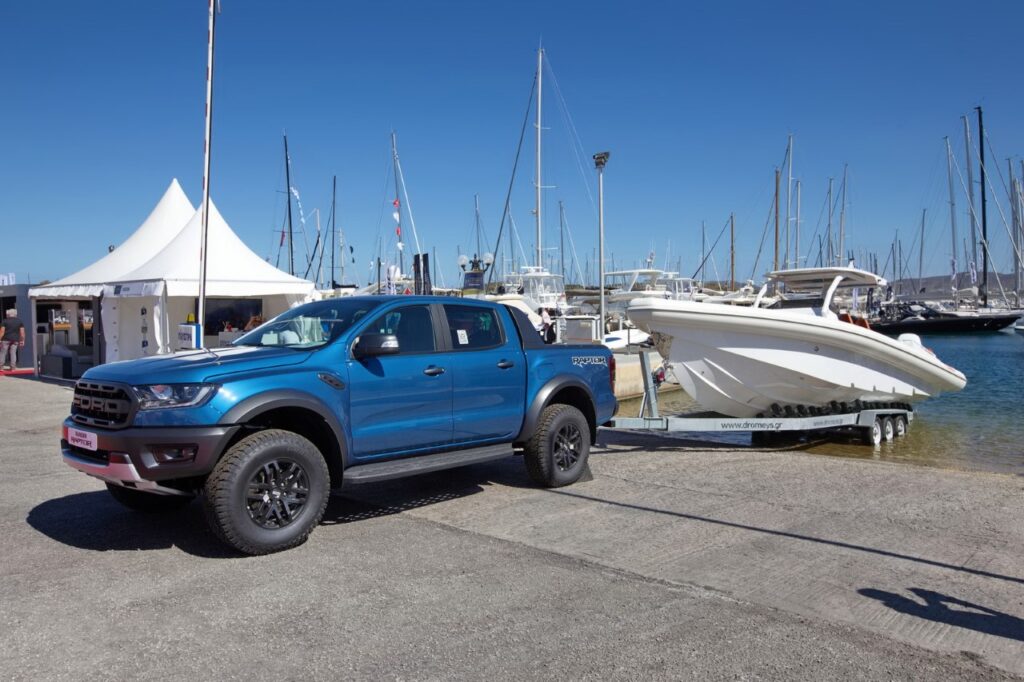 The 2nd Olympic Yacht Show opened its gates on October 7th and closed its gates on the 10th. From day one the Show attracted people’s attention with the number of visitors reaching 20,000 this year. During the Show, visitors had the opportunity to admire unique creations by Greek shipyards and yachts that made their debut at the Greek Show. Moreover, they got to talk with leading professionals of an industry that bolsters the Greek economy. 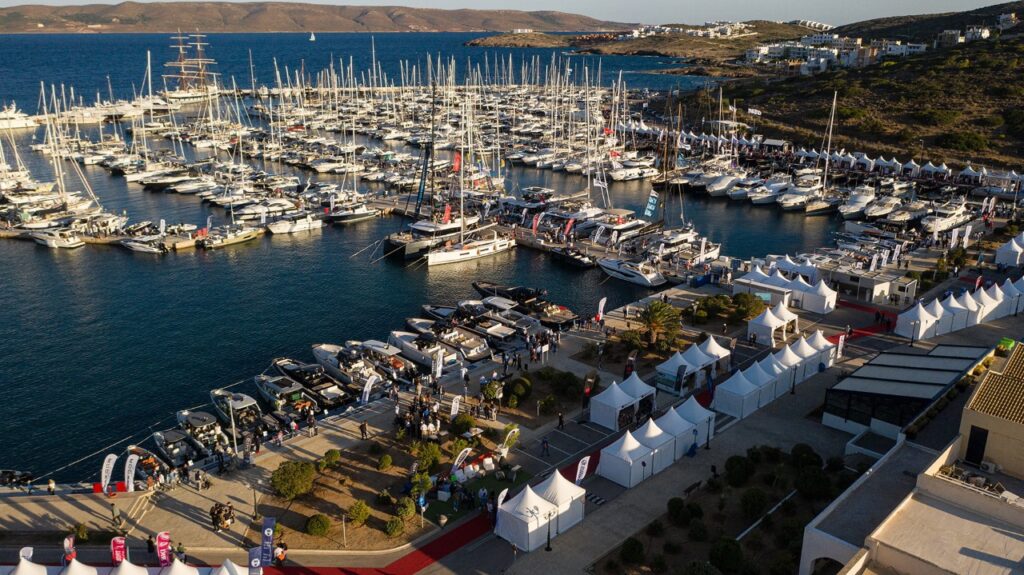 At the opening ceremony, during a warm welcome to his distinguished guests, Gerasimos Gerolimatos, the head of the Olympic Yacht Show Organizing Committee, noted that: “The Olympic Yacht Show is an exhibition that showcases, in Greece and abroad, the multi-dimensional yachting industry and brings together all the professionals of this important sector of the economy. Our goal is for Greek companies and Greek boats to have their own Show, in their homeland, and to be a pole of attraction for foreign buyers and one of the reasons for visiting our Show.” He then gave the floor to the owner of Olympic Marine, George Prokopiou, who set a very concrete goal: to make Greek yachting the number one yachting industry in the world. “There is no competition among us, only cooperation. Let’s make a promise now, enough with the wishes. Greek yachting will become number one in the world, just like Greek shipping.” 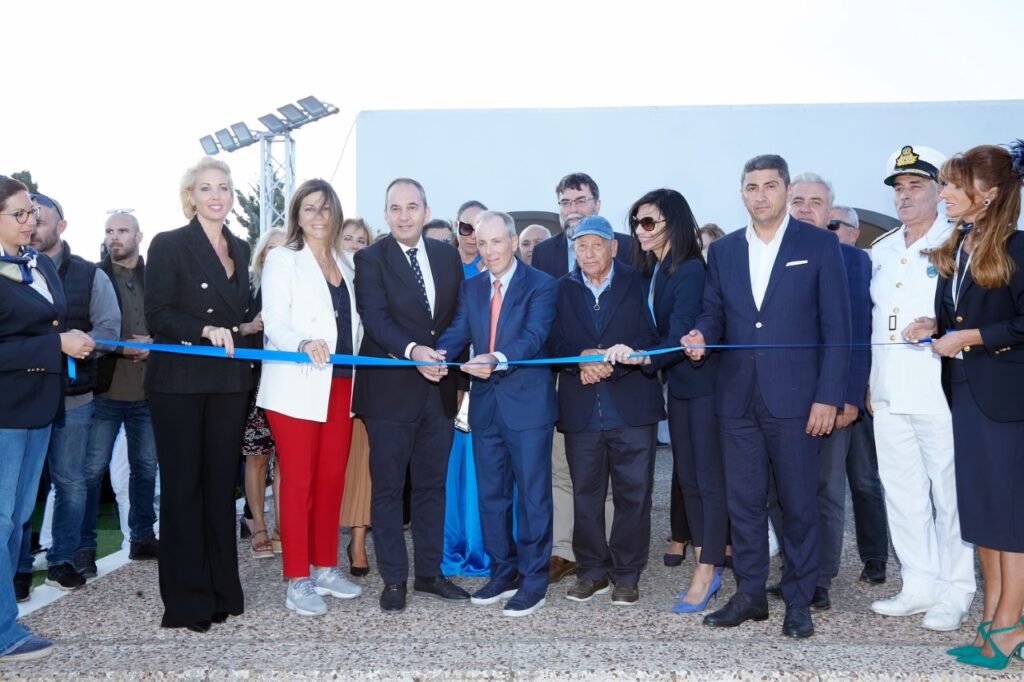 The potential of Greek yachting was the focus of attention of all the speakers at the opening ceremony of the 2nd Olympic Yacht Show. Among them were the Minister of Maritime Affairs and Insular Policy Yiannis Plakiotakis, who represented Prime Minister Kyriakos Mitsotakis, the Deputy Minister of Tourism Sofia Zaharakis and the Secretary General for Tourism Policy Olympia Anastasopoulou. The opening ceremony was also honoured by the Deputy Minister of Culture and Sports Lefteris Avgenakis, the Commandant of the Hellenic Coast Guard Georgios Alexandrakis, the Secretary General of Ports, Port Policy and Maritime Investments Evangelos Kyriazopoulos, the former Chief of the Hellenic National Defence General Staff Evangelos Apostolakis, as well as Ioannis Rachovitsas, Honorary Deputy Chief of the Hellenic Police. The ceremony was also attended by MPs Vassilis Oikonomou and Katerina Monogiou of the New Democracy party, while the event was honoured by the Mayor of Lavrio, Dimitris Loukas, and the President of the Greek Marinas Association, Stavros Katsikadis, as well as the Managing Director of the Lavrio Port Organization, Georgios Vakondios. 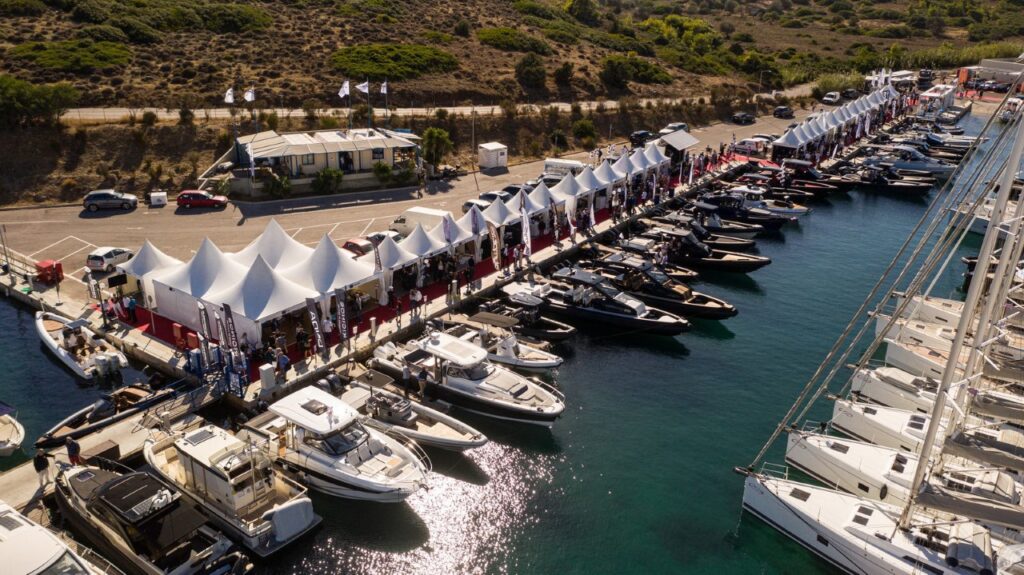 The event was an international meeting point for the people actively involved in the multidimensional world of yachting. They had the opportunity to exchange ideas on the development of quality marine tourism; an industry that promotes our country around the world. The great interest in the Show and the ample coverage by international media have proved for yet another year that the Olympic Yacht Show has won the status of an institution and deserves a place among the leading yachting events in Europe. 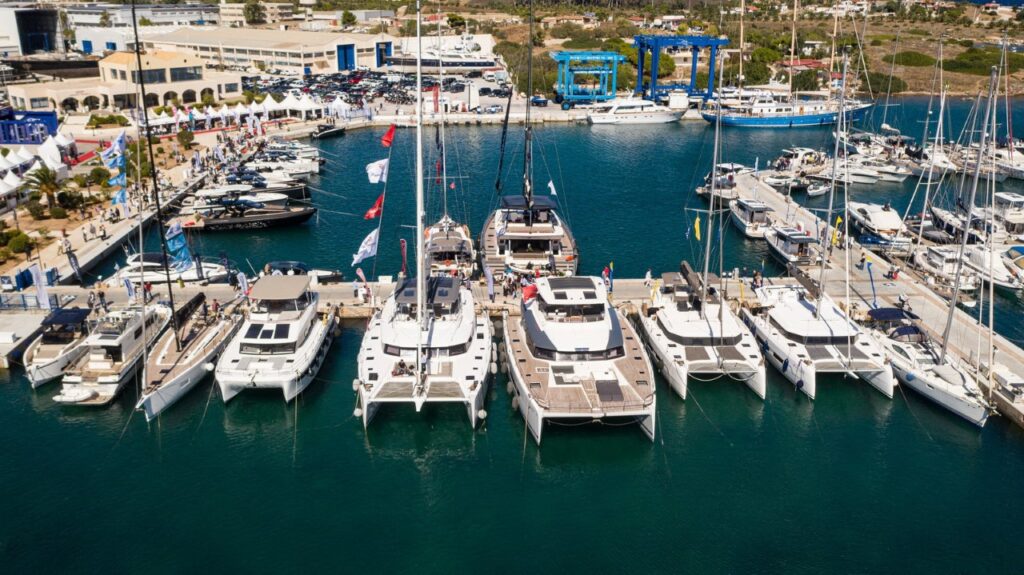 The next day found the organizers already preparing for the 3rd Olympic Yacht Show. Everyone’s goal is to turn it into an efficient platform for the promotion of yachting; a powerful tool for the development of a top-quality tourism product, the perfect space for further interaction among professionals and, therefore, a think tank that will not follow trends but set them instead. 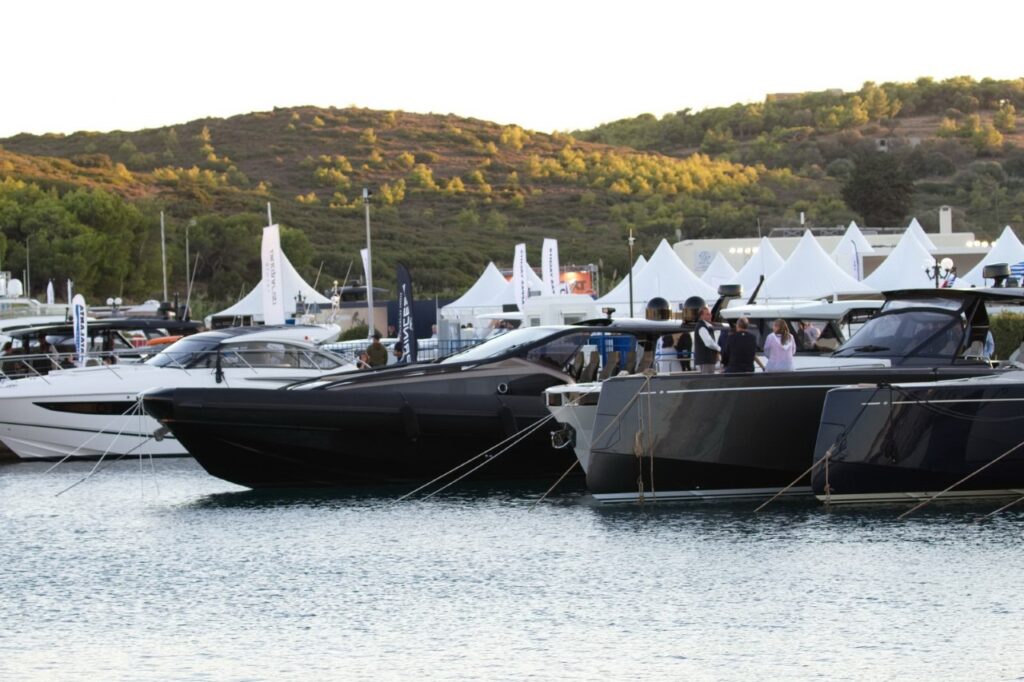 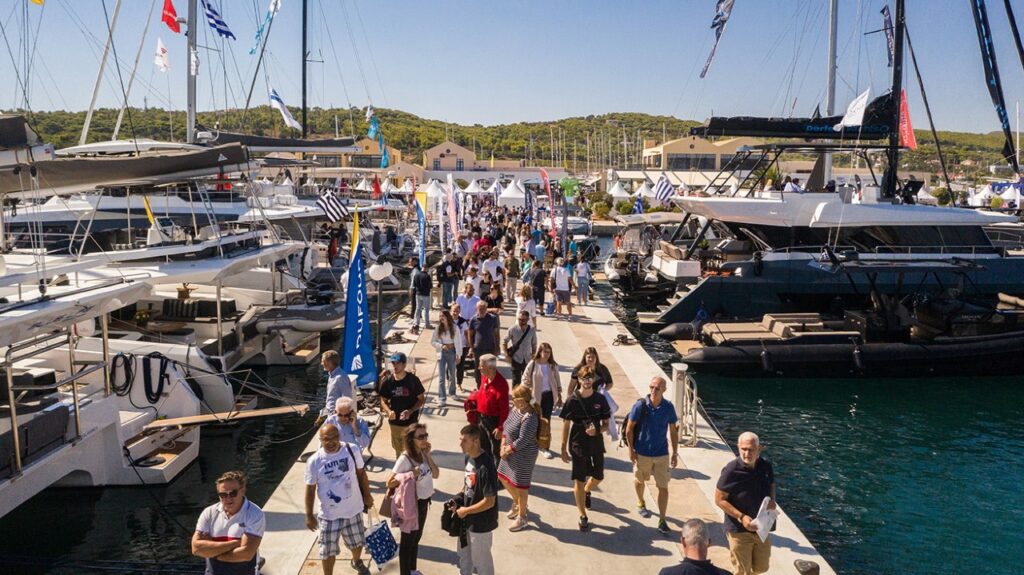 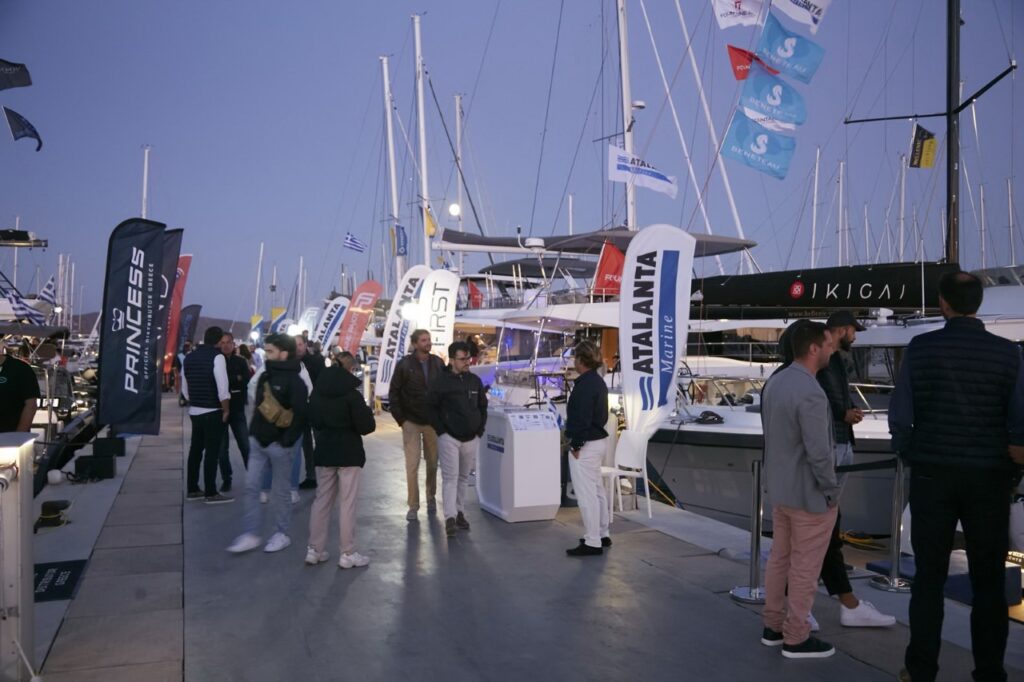 Με ρεκόρ επισκεπτών και απόλυτη επιτυχία ολοκληρώθηκε το 2ο Olympic Yacht Show
Login to Olympic Yacht Show 2022
Reset Password
Enter the username or e-mail you used in your profile. A password reset link will be sent to you by email.

When you visit the site, small cookies are storedto your browser, which help with the necessary functions for the proper display of the website and other useful functions for the control of the traffic and its use by the visitors. Below you can see the cookies used and set their usage. It should be noted that disabling a cookie prevents the proper operation of certain web processes during your visit and may degrade the experience of your browsing.